Home
Technology
How the Internet of Things Improves Facilities Operations

In a few short years, it seems, products created specifically to communicate with each other now appear in more homes than ever before. The trend for the Internet of Things or IoT is for every home and building equipped with these fantastic devices. IoT is changing facilities operations, too, primarily focused on less expensive manufacturing processes, making some items easier and, therefore cheaper, to make.

Automation made possible by IoT creates an environment of batch manufacturing in larger batches instead of single items. Perhaps you remember the term, just-in-time manufacturing. That meant manufacturers and their suppliers coordinated anticipated demand for specific items. Items made according to requirements sat ready until needed, and always enough to meet demand—a great concept at the time.

Due to higher efficiency in manufacturing thanks to the inter-connectivity that IoT brings, improvements in processes and thus, even higher efficiency become a reality. Data collected from the new system reveal employment needs and areas of potential growth.

IoT continues to help manufacturing become efficient compared to only a few years ago. Data gathering in earlier days used separate state-of-the-art computer systems to analyze material needs, processes, and inventory. Today, we have IoT in place that ties everything together, regardless of location, and with unprecedented speed and accuracy.

Data gathered via IoT systems benefits companies who, before IoT, couldn’t monitor and improve their existing manufacturing processes to levels comparable to that available today.

The Internet and IoT

Thanks to the Internet and IoT, departments in any corner of the world can view, update, or create manufacturing processes and activate them instantly, in near real-time. Imagine having the ability to change offsets in a program after simulating it on a computer a thousand miles away.

Not only can the IE department make these changes when necessary, but they can also base changes on inspections done via the Internet. Companies can build new manufacturing plants anywhere in the world to save money on taxes or have ready access to raw materials.

The advantages and streamlined operations are a boon to businesses using IoT technology. Plant managers can now readily adjust quantities of production based on current, real-time observations.

Safety in the Workplace

Accidents occur daily in manufacturing plants worldwide. The addition of IoT in the workplace means many of the workers won’t be taking unnecessary risks. That’s due to the automation that IoT brings to the plant floor and other places where dangers persist concerning the health and well-being of workers.

Drones loaded with cameras used at worksites allow visual access to otherwise risky areas once only accessible by cranes. Also, in some operations, aerial views provide the detail necessary to make repairs without risking injury or death to workers.

IoT connected sensors assist miners in the detection of dangerous instability of underground mineshafts. Consider the number of lives saved with the use of IoT in these instances.

As with every other new versatile Internet-connected tool, security risks become an issue – and fast. The devices have become juicy targets for hackers. If they can take down just one device, they can access all of them. Interconnectivity has its downside, but a wary cybersecurity team can prevent hackers from taking over an entire network.

The networked IoT devices and the capabilities of them for purposes of data exchange and remote monitoring make securing them worth the expense. It’s not wise to purposely stunt the growth and usefulness of IoT devices and the advancements they bring to manufacturing. 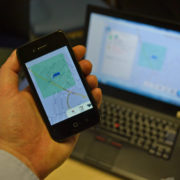 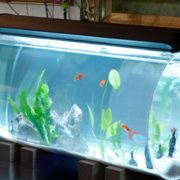 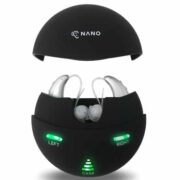 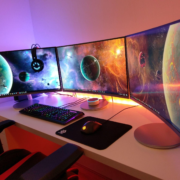