Home
Business
More Chance to Go Up for Zcash

There are only a few genuinely anonymous coins operating in the cryptocurrency market so far. The leading players in this segment are Monero and Zcash. Anonymous cryptocurrencies have a closed blockchain and can hide information about the sender, the recipient, and the transfer amount.

Today we are reviewing the Zcash cryptocurrency. This article will discuss the project, find out how it works, and analyze its chances for further growth.

Zcash: history and controversy in the community

A cryptographic protocol for the anonymity of transactions called Zerocash is the heart of the Zcash cryptocurrency. It is the successor of Zerocoin, a protocol developed by a group of scientists to increase anonymity of the  Bitcoin network. However, their plans changed, and they decided to create a separate cryptocurrency.

So on October 28, 2016, the new Zcash coin was launched. Private investors funded the project. Therefore, the conditions for their money return were spelled out in the cryptocurrency code. 20% of all mined coins arrived at the wallets of the founders — private investors and developers — during the first four years after the blockchain launch. The remaining 80% went to reward miners who kept the network up and running.

It confused part of the community, and there was a lot of disagreement. However, in the fall of 2020, the developers released the Canopy update, which changed the distribution of rewards for each mined block. Here is the updated version of the distribution of coins:

Today Zcash ranks 53rd in the global crypto rating in terms of capitalization. The coin network was developed based on the publicly available Bitcoin Core code. Zero-knowledge proof (zk-SNARK) technology was used to ensure confidentiality. Instead of publicly showing payment metadata, zk-SNARK is used to prove that the data exists without disclosing it.

To carry out a transaction, the participants use two different wallet addresses. There is a public (transparent t-address) and a private (z-address) used for confidential transactions. The transfer of funds is possible bilaterally. For maximum confidentiality, send ZEC from z-address to z-address.

Why should the ZEC rate grow?

At the moment, the coin rate is $187. It is far from its historical high when ZEC cost more than $900 in January 2018. The daily trading turnover is over $2 billion. One of the popular trading pairs is BTC to ZEC exchange.

The coin has been added to almost all popular cryptocurrency exchanges. It has a name and recognition in the market, so it is supposed to receive its portion of new investments during a large-scale bull market.

This year, many new players have come to the industry, both private and large companies. It pushes the price up. The active development of the network increases ZEC’s chances for further growth from a technical point of view.

The emission of the coin is limited; a total of 21 million ZEC will be mined. At the moment, there are over 11 million ZEC in circulation, which is 52% of the total supply. The deflationary component of the coin gives reason to be optimistic about the future price.

Early in April 2021, the project team announced the Halo Arc update to be launched on October 1, 2021. This innovation will allow the Zcash wallet to conduct anonymous transactions by default. This function is currently used on the user’s choice.

The update was initially planned for this summer, but the developers postponed it to October 1. They made this decision to synchronize the release of Halo Arc and the Zcash Network Upgrade 5. The October protocol update will also introduce unified addresses compatible with all types of Zcash pools (transparent and anonymous). Halo Arc aims to improve system scalability dramatically.

Zcash is one of the few genuinely anonymous cryptocurrencies. The development team is actively working to improve the ecosystem. Two major updates are planned for this year: Halo Arc and Zcash Network Upgrade 5. Their implementation should significantly increase the scalability of the network as well as provide additional private settings.

The uncompromising position of regulators concerning anonymous cryptocurrencies causes fear of the fate of Zcash. However, this is rather a problem of the whole market than of a specific coin. Fundamentally, ZEC is well-positioned to show significant growth this year. 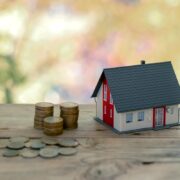 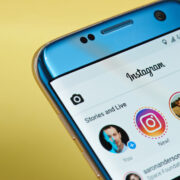 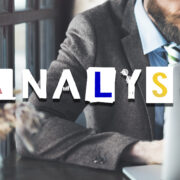 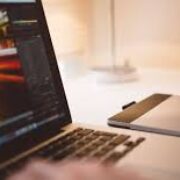